Michael Lewis is known for successfully taking complex quantitative subjects and writing about them in a way that makes them accessible, and thus interesting, to non-experts. He made his name with Liar’s Poker, helping a lay audience understand questionable securities practices and the 1980s Wall Street culture that enabled them (followed by expositions of 2000s Wall Street in The Big Short and Flash Boys). Aside from finance, Lewis’ other main subject matter has been professional sports, or rather the use of unconventional management strategies, guided by increasingly complex use of quantitative analysis, to gain a competitive advantage in that sphere.

Lewis’ most influential work, Moneyball, chronicles the nonconformist approach to professional baseball talent evaluation employed by general manager Billy Beane of the small-market Oakland Athletics. Despite a monumental spending disadvantage, Beane outfoxes the competition and achieves remarkable success by snagging value players who don’t pass the traditional eye test for what a future baseball star should look like but who excel on previously unrecognized yet important performance metrics.

The influence of Moneyball has been felt far beyond the world of sports. In fact, the word Moneyball has become synonymous with applying analytical rigor to exploit market inefficiencies. People have taken to marketing their solutions to various problems as “Moneyball for” (insert domain here, e.g. government, marketing, retail, golf). Simply Google “Moneyball for” to see lots of examples.

As a tale of triumphant vanquishing of irrationality, Moneyball appealed to the same part of my personality that led me to study psychology and become a researcher. Imagine my excitement, then, when I learned that Lewis was writing a book about two heroes of social psychology whose impact has been profound and whose ideas are continuing to become more influential year by year. The subject of Lewis’ latest book, The Undoing Project, is the pair whose intellectual collaboration produced the once and sometimes still radical ideas about the highly irrational modus operandi of the human brain which underpins the school of thought known as behavioral economics: the Israeli psychologists Daniel Kahneman and Amos Tversky.

How did Lewis, a publishing star whose books are regularly made into successful movies (Beane was portrayed by Brad Pitt in the cinematic version of Moneyball) decide to focus on two men who, as much as they are revered in certain circles, are, too much of the world, rather obscure?

In an interview with FiveThirtyEight’s Nate Silver, Lewis explains: “The behavioral economist Richard Thaler and the legal scholar Cass Sunstein published an article saying that in ‘Moneyball,’ I kind of missed the story. They suggested that I should go read the collected works of Tversky and Kahneman to understand why baseball scouts misjudge baseball players. And I’d never heard of them, so I went and kind of started looking into it.”

The duo is certainly familiar to many readers of this blog. I’m sure many of you have Kahneman’s Thinking, Fast and Slow in your personal libraries (perhaps a well-worn, dog-eared copy, or maybe one that’s mostly pristine but looks impressive on the shelf), as I do. But while that book, a summation and advancement of Kahneman’s life’s work, much of which was done in close collaboration with Tversky, was meant for a non-academic reader, I must admit it occasionally made my head spin (in spite of the surely helpful feedback Lewis gave Kahneman on the book).

So while Thinking, Fast and Slow is a nice reference volume, Lewis’ telling of the Kahneman and Tversky tale in The Undoing Project is highly accessible; indeed, it’s a page-turner. That’s because Lewis, a master storyteller, goes beyond explaining the pair’s core findings, the heuristics which have become a part of our collective knowledge (it’s not uncommon in daily life to hear people recognizing confirmation bias or the availability effect, and anchoring is a well-known practice in marketing and sales). Lewis goes beyond providing another recitation of heuristics. He skillfully weaves in multiple threads, helping the reader understand the bold originality of their ideas, the resistance they met, the growing influence of their work over the years (with stark examples from the study of medical errors), and, most compelling, their intense and complicated relationship with one another. Polar opposites, they each contributed essential qualities to their fruitful partnership, creating a legacy that one person alone could never have achieved.

The book helped me see a side of two icons I never knew about, and it makes me appreciate them even more. The full tale of Kahneman, the hyper-brilliant font of ideas plagued by insecurity, and Tversky, the quant genius with an unavoidable magnetism that captured everyone around him, can’t be told without understanding them as individuals on their own personal journeys that included far more than academia. That said, I can’t join Lewis in referring to Kahneman as “Danny.” While it may be what his family and friends (including Lewis) call him, to me he’s an icon, a Holocaust survivor and a Nobel Prize winner; that’s a line I just can’t cross.

I’m pretty much a sure bet to read anything derived from Tversky and Kahneman’s work, and I love that this book gave me new perspectives. What I really appreciate, though, is that Lewis’ book makes this important work accessible to non-wonks. It’s surely helping accelerate the spread of behavioral economics’ influence. Now, as for bringing accessibility to another level with a hit movie…well, if there can be a Facebook movie, why can’t there be a behavioral economics movie? On that subject, Freakonomics’ Stephen Dubner mused, “No car chases. No doomsday scenarios. But it may still be movie material – for what Kahneman and Tversky did was nothing less than redefined how we humans think. Is that dramatic enough for you?” 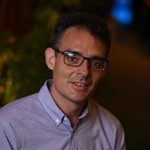 Pew Research Gets On The Right Side Of History